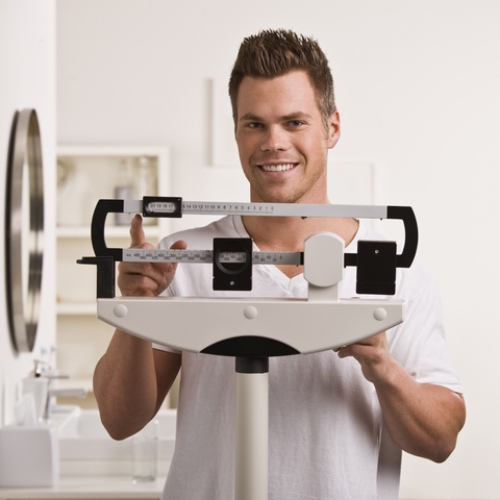 Gastric bypass Roux-En Y surgery is effective due to the malabsorptive and restrictive elements of surgery.

The malabsorptive element of gastric bypass surgery prevents your body absorbing an excess amount of calories from the food you eat after surgery.

Patients often absorb less calcium and iron post surgery which increases the risk of complications such as anaemia in the months following surgery and arthritis later in life for gastric bypass patients.

Protein is used by the body to repair tissues and muscles. If patients are deficient in protein, there is a risk of muscle wastage and loss of muscle tissue.

The most efficient way for the body to absorb protein is through food. To prevent protein deficiencies bariatric surgeons and nutritionists recommend a post-surgery diet is comprised of 60 percent protein rich foods.

One way patients can help the body absorb correct amounts of protein from food is to eat protein rich foods, such as meat, at the begining of meals to ensure the body absorbs these nutrients first.

If a patient does become deficient in protein after gastric bypass surgery, protein supplement drinks can be integrated as part of a healthy post-surgery diet.

The stomach acid breaks down proteins and separates the vitamin B-12. Vitamin B-12 deficiency can cause severe anaemia and bariatric surgeons will recommend patients include vitamin B-12 supplements in their diet after surgery.

A lack of vitamin D is often a problem post gastric bypass surgery and again, surgeons will recommend patients take supplements to counteract the risk of deficiencies caused by malabsorption.

Iron deficiencies can occur in gastric bypass patients for two reasons: after surgery many patients reduce their intake of red meat due to the risk of dumping syndrome and iron is absorbed through the duodenum which most food bypasses after surgery.

Iron tablets or an injection of iron supplement monthly will be recommended and patients iron levels will be tested regularly after surgery.

Get a FREE quote for Gastric Bypass Surgery

Once you click the button you will receive your quote in your email within a few minutes and we will never spam you.